He has been working in banking and finance for over thirty years. He has worked, among other things, at the National Bank of Poland. Associated with PKO Bank Polski S.A. for many years; from 2006 to 2010 he was Director of the Audit Department and, at the same time, Chairman of the Audit Committee of KREDOBANK S.A. Then, from 2011 to 2015, he was Director of the Audit Department at Bank Ochrony Środowiska S.A. in Warsaw. In 2006-2007, he combined his work at PKO Bank Polski S.A. with his function on the Supervisory Board of Centrum Finansowo-Bankowe in Warsaw. In 2007, he was Chairman of the Supervisory Board of Zakłady Chemiczne Organika Sarzyna in Nowa Sarzyna and of Zakłady Konserwacji Zabytków. He has lectured at the Academy of Business Activity in Warsaw. He has authored many articles about banking and economics.

In 1998-2002, he was a councillor for the District [powiat] of Warsaw. He was Deputy Chairman of the Budget Committee and a member of the Audit Committee. In 2002-2014, he was a councillor at the City Council of the Capital City of Warsaw, where he was, among other things, Chairman and then Deputy Chairman of the Budget and Finance Commission and a member of the Health Commission. As part of his social activities, he managed the Social Board at the Father Jerzy Popiełuszko Hospital in Warsaw – Bielany. 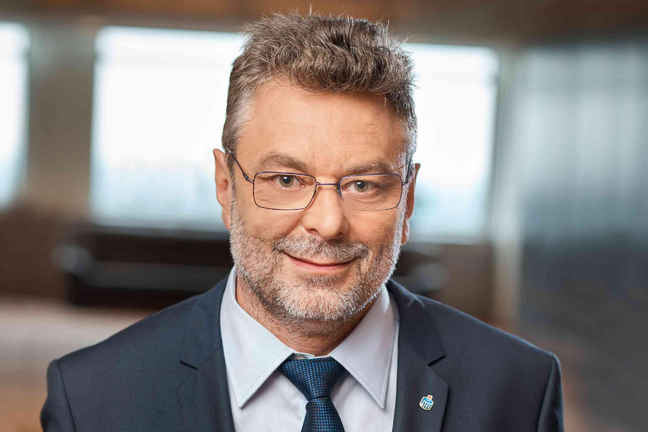