Vice President of the Management Board of PKO Bank Polski S.A. and CRO since January 2013, after obtaining the approval of the Polish Financial Supervision Authority.

A graduate of the University of Economics in Wrocław (major in Organization and Management).

He has over thirty years of experience in banking - mainly in the areas of risk, restructuring and loans, and in international financial groups operating in Europe, USA and South America. Member of supervisory boards, boards of creditors, member and chairman of key risk management committees. He participated in creating the strategy of Bank Zachodni WBK S.A., was directly responsible for risk management, optimization of debt collection and restructuring processes, and cooperated with regulators in Poland and abroad.

He started his professional career in 1991 at Bank BPH S.A. in the area of loans. In 1992 he joined Bank Zachodni S.A., and then, after the merger with Wielkopolski Bank Kredytowy S.A., with BZ WBK S.A., where from 1992 until 2000 he worked in the Department of Capital Investments, and in 2000-2005 he was the director of the Credit Quality Control Department. In 2005-2008 he was the director of the Business Intelligence and Risk Management Area, and in 2008-2010 he was the deputy chief risk officer. From January 2011, he was the chief credit officer, and from March 2012, also the deputy chief risk officer. Moreover, he was chairman of the BZ WBK Credit Committee, deputy chairman of the Credit Risk Forum and deputy chairman of the Risk Models Forum.

He is a member of the Supervisory Board of Biuro Informacji Kredytowej S.A. 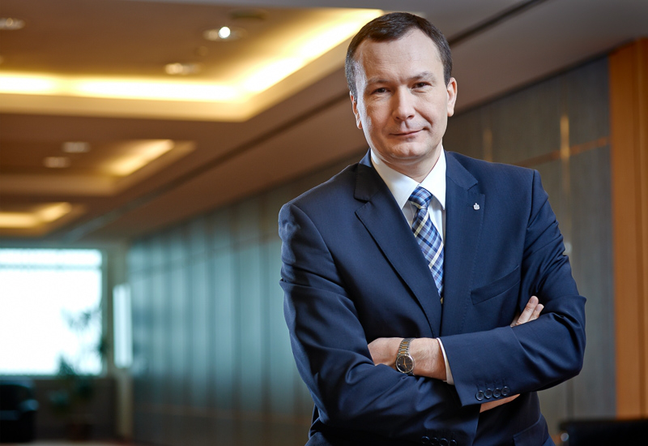 I accept Nie zgadzam się Settings
Cookies are processed for the best adjustment of the presented content to the needs and interests of the user, as well as for ensuring safety of services provided by the Bank and to perform measurements that allow for improving the products and services offered by the Bank. Detailed information about types of cookies, modes of using the files and removing them, as well as about our partners are presented in the Privacy Policy.
I accept Remind me later